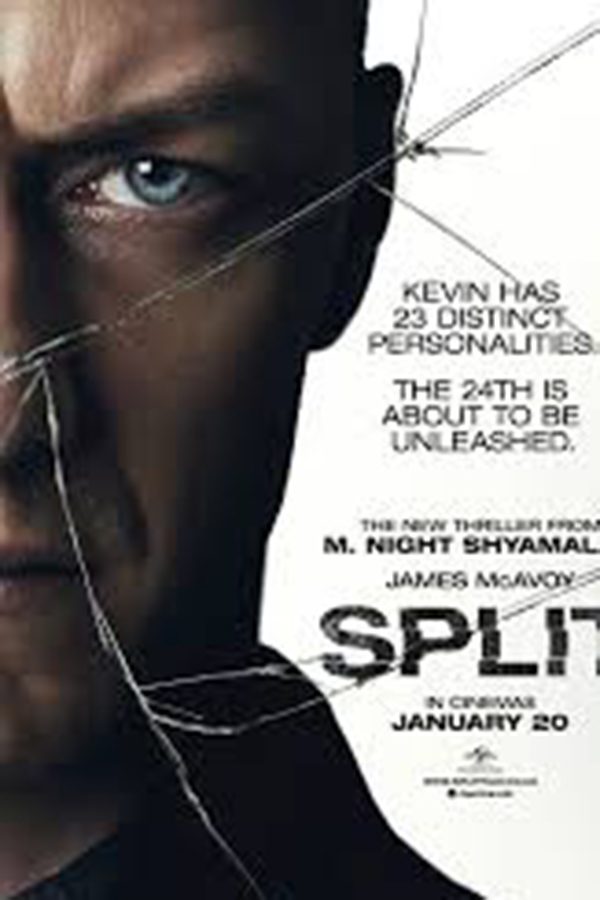 The two main personalities that cause Kevin to make irrational and dangerous decisions are Dennis (a troubled man with OCD) and Patricia (Dennis’s partner and the leader of the madness). The two personalities combined ultimately lead to the surfacing of Kevin’s cannibalistic and inhuman personality, dubbed “The Beast,” whom the three girls have to escape from. This string of events leading Kevin to reveal “The Beast” kept me intrigued and on the edge of my seat for the entire movie.

Director M. Night Shyamalan is known for his thrilling and dramatic movies, such as “The Sixth Sense” and “Signs” that scare audiences with minimal gore. This fear, created through suspenseful situations and dark ideas without blood and guts, separates Shyamalan’s movies from other horrors and thrillers; “Split” keeps that unique aspect alive. The thriller only contains a few moments of gore, but maintains the scare factor for the entirety of the film.

Shyamalan’s take on the effects of multiple personality disorder also set this movie apart from others. By taking the real-life mental disorder and combining sci-fi aspects into it Shyamalan creates something more to fear when it comes to Kevin’s disorder.

Overall, this film was a good watch for those who want to be scared but don’t care for blood and gore, and it fulfills the unique quality that M. Night Shyamalan is known for.