More to the Story: Seniors tell about the obstacles they’ve faced in high school 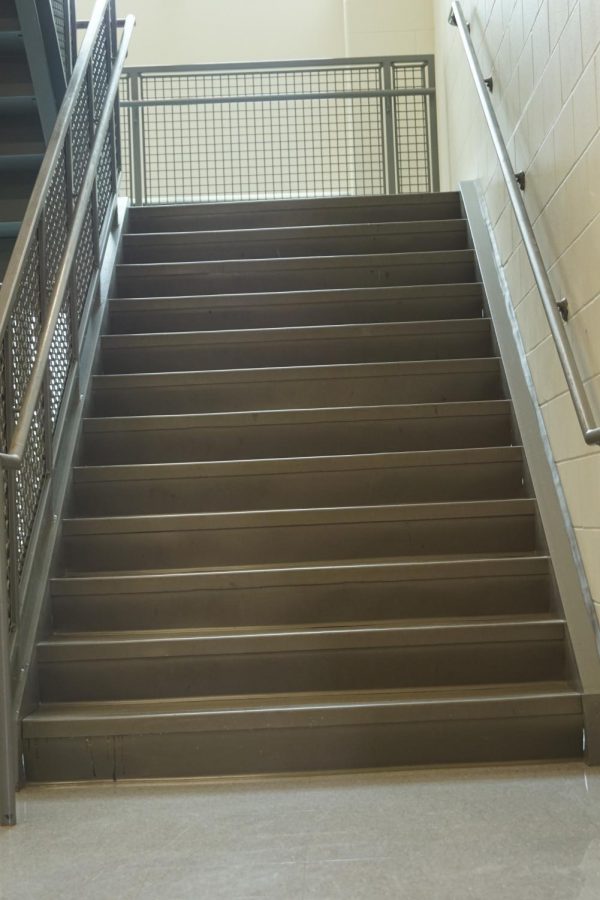 When senior Emma johnson thinks about difficulties with her arthiritis, the stairs are the first thing that come to mind. "Every time I have to walk up the stairs I am reminded of my debilitating disease," she said. "Some days are worse than others, but I always push through it and do my best."

As the importance of having a college degree to having a successful career continues to increase, the significance of graduating high school is diminishing and it can become increasingly difficult to see it as the huge achievement it once was.

Although the high school diploma itself may no longer be as meaningful, many people still consider graduation an important life milestone that marks the transition from adolescent to young adult. Furthermore, for some students, graduating high school can be a way to celebrate overcoming obstacles that many teens never have to face.

By the time she was two years old, senior Emma Johnson was already dealing with a physical illness that most kids don’t even think about: arthritis. As she grew into adolescence, Johnson said that being a young person with arthritis began to impact more than just her health.

“Going through middle school actually was, like, a really hard time because I felt like an outcast, and I felt like I was weird and different,” she said. “And, you know, people made fun of me.”

On top of feeling isolated from her peers, Johnson said she also had to deal with misperceptions about her illness.

“Even in elementary school, people would say that I’m just a person with an ‘old lady’ disease and that I’m weird,” she said. “People would actually tell me that I don’t have arthritis, and so it made me question myself a lot.”

Johnson even struggled with her own perception of arthritis and herself.

“I used to literally let my disease control me and think that I could never be anything or I could never do anything because I had this disease,” she said.

Today, however, Johnson is the senior class president, editor-in-chief for the yearbook, a varsity athlete, and involved in numerous community service activities. For her, the change from feeling worthless to being a successful, well-liked student came through trying something new in eighth grade.

“But then I made the cheer team, and that was just like the first step in kind of overcoming my arthritis, because even though I had this physical limitation, I was still doing my best in a physical activity,” she said.

The next year, Johnson tried out for the high school varsity cheer squad and made it. Despite having to manage her arthritis and the adverse side effects from her medications the whole time, Johnson was able to maintain a strong academic record and was even named one of the cheer team captains this year.

“Through my whole journey with arthritis, I’ve never been able to control any of it,” she said. “Because, you know, it’s just my body, and I can’t do anything about it. That’s why I’ve been so drawn to being a good student, because while I couldn’t control all the medications, the things that were happening to my body, and the way I was feeling, I could control how I did in school.”

Like arthritis, some students struggle with another form of “hidden” illness: mental illness. Senior Jamie Foglesong, for example, has fought with depression and PTSD for most of his high school career. Additionally, he is also diagnosed with hypothyroidism, a condition in which the body’s thyroid glands do not produce enough hormones in a way that can affect both physical and mental health. Like Johnson, dealing with chronic illness affected Foglesong as a student.

“It’s not like these issues of mental or physical health affect any one particular part of my schooling experience or of the process of being a student, but it affects everything in some way, shape, or form,” he said. “Whether it’s taking away motivation, or creating a barrier for me to want to go to school, interact with people or even focus on school work in class, all of those things are affected in one way or another by these issues.”

But, just because Foglesong is affected by his mental health in school does not mean that its something everyone is aware or understanding of.

“You see someone with a cast on their leg, and there’s a mutual understanding of that barrier,” he said. “But you know, when people can’t see the struggles that you face in your own mind, people kind of see those as different. But those issues are one in the same. They should be viewed as the same thing. An illness is an illness.”

However, also similar to Johnson, Foglesong has been a successful and involved student despite having an illness he must deal with every single day.

“The main way [I’ve been successful], and I’ve done this through the gifted program and through the help of all the faculty and admin here at school, is making it work,” he said. “You know, making changes, finding a solution, trial and error until you get success, finding strategies that allow you to work. If I need a mental health day and can’t come to school, but I’m able to communicate with admin, and communicate with all my teachers and get my work made up, I won’t see a negative impact on my grades, and I will be able to be successful despite those barriers.”

Losing a Loved One

Not all problems high schoolers face are ongoing illnesses, though. Sometimes, obstacles can arise at the most unexpected moments. For senior Jada Simmons, that happened in January when she lost her former cheer teammate and friend, Yazmine Watson.

“It was sudden, like, she had just posted something maybe like the night before. And then the next day, I was just going into work and Alyncia, who was also a former teammate, called me and she was like, ‘Did you hear about Yazmine?’ And I was like ‘No,” and she said ‘Yeah, she passed.’ I was just in like, complete shock. I didn’t even know really what to do.”

Simmons and Watson had formed a close bond with each other during their time together on the cheer team.

“We were literally like, the exact same person,” Simmons said. “Like the first day of [cheer] clinics before tryouts where we learned all the material and stuff, we instantly just clicked and became like, best friends.”

Just like any illness, dealing with the grief of losing a loved one can have long term effects on a person.

“I definitely feel like a hole in my heart kind of just because she was like another big sister to me and we were so close,” Simmons said. “I’m still kind of trying to like wrap my head around it, especially with things like cheer ending. Just going back and looking back at all of my high school year pictures being on the team, I really still feel pretty sad about it.”

Just like Foglesong and Johnson, though, Simmons was able to find strength despite her painful situation.

“She [Watson] was always just someone that really had a very vibrant personality and attitude,” Simmons said. “And so she was just always the person to tell me to not lose focus, basically, because I have a bright future. So losing her made me realize that I have to like, push myself.”

For many students that face and overcome uncommon or unexpected hardships during high school, graduation is often about more than just getting a diploma. Rather, it’s a symbol of finding success despite difficult circumstances.