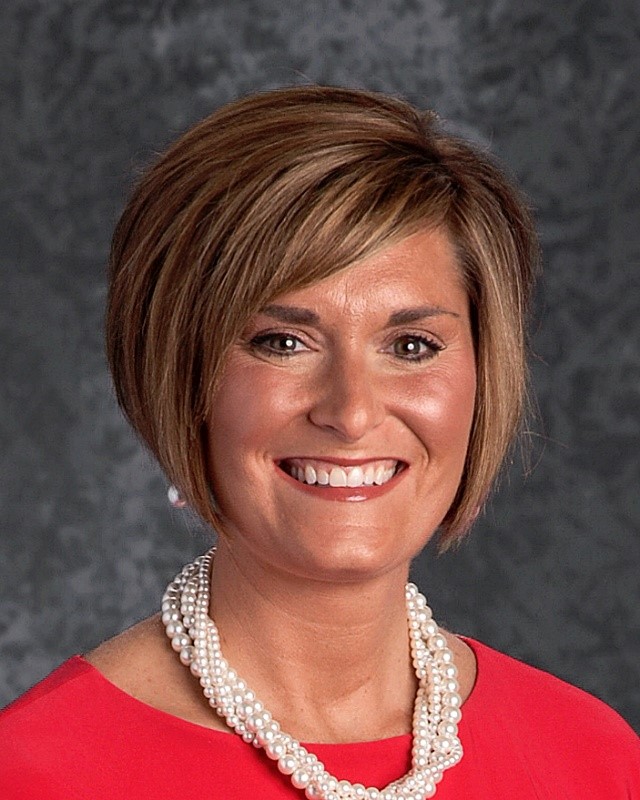 After over 100 years, Piper USD 203 has its first female superintendent Dr. Jessica Dain.

A little over a year after the announcement of the district’s first female superintendent, Dr. Jessica Dain has put her stamp on the community.

Dain was hand-chosen by a committee of students in December 2019 after being the assistant superintendent of services at Blue Valley North.

According to the USA today, 24% of the nation’s school district CEOs are women while 76% are men. This statistic can be disturbing considering women make up 76% of K-12 educators.

“You would not believe how many times I go to superintendent meetings and I’ll be the only woman in the room or ones with 100 people and there are only two of us,” Dain said. “When you see that 12% go to 24%, you’re like ‘well that’s awesome, the numbers doubled,’ but then it’s really not because there’s still 75% of the total body that are men.”

Through March, Piper USD 203’s Twitter page highlighted some important figures throughout women’s history. Junior Olivia Blankenship recognizes these steps taken in the community to include greater female representation as well as the impact Dain has made.

“With the current unequal treatment of women in society, Piper having a female superintendent gives little girls the opportunity to learn that they are just as capable as men,” Blankenship said. “We are often taught that there are specific jobs for men and women, but with the new representation at Piper, I think it could be a boost of confidence and empowerment for little girls throughout the district.”

Similar to Blankenship, freshman Hynna Matthews is inspired by seeing intelligent and motivated women like Dain in charge.

“I think it gives young women something to strive for and someone to look up to,” Matthews said. “It shows that women can be just as great of leaders as men.”

Dain is a firm believer in divergent thinking and that there are differences that women and men can bring to the table.

“I think seeing that is important and I do have male friends that are in the same position as me and we are on the same page,” Dain said. “But, I am usually very outnumbered by men when I go to superintendent meetings.”

According to the White House, women who work full-time make 82 cents for every dollar a white man makes.

However, for POC, the wage is even lower with Black women earning 63 cents, Native American women at 60 cents, and Hispanic or Latino women at 55 cents. Though Asian American women make 87 cents for every dollar, the earnings vary depending on subpopulation.

Dain, like many other women, has experienced the frustration of inequality.

“Sometimes women have to work double or triple as hard to show that we can do the work,” Dain said. “I think it’s all about equity, race, gender, religion, but we’re all people so those disparity gaps are difficult for me.”

Another challenge women have faced is receiving paid maternity leave. According to a 2017 study by the Ohio State University, some women do not take maternity leave as they fear being undervalued or replaced once returning.

The Family and Medical Leave Act (FMLA) allows eligible employees to take job-protected leave, but while being unpaid. Employees then are forced to save up sick days to receive pay like English teacher Taylore Weitner, who recently had her second maternity leave and used up all of her sick days to get paid leave.

“It’s hard to know that if one of my kids needs me for the day, I have to choose between taking docked pay or spending the day with them,” Weitner said. “I think maternity leave carries a particular stigma of ‘vacation time’, which is hard, too.”

Before becoming assistant superintendent of services at Blue Valley North, Dain became the Blue Valley North Middle School principal so she could have time to focus on her three children as well as her career.

“I think for some women that work, it can sometimes be harder because you still want to make sure you’re being a good mom,” Dain said. “When my kids were younger I would get up early, take them to the babysitter, pick them up, take them to practice, make dinner, help with their homework, and then finally get onto my computer at 10 pm and work until midnight. That was my choice but when equal pay is deserving, everyone should be compensated for that.”

A statue on Wall Street in New York City named “The Fearless Girl” was installed to raise awareness of the importance of gender diversity in corporate leadership. On Mar. 8, International Women’s Day, the statue debuted broken glass surrounding the fearless girl which represents women continuing to break barriers.

Dain has a portrait of this statue in her office to remind her to be a role model and of the movement to raise the percentage of women leaders in the Fortune 500 companies which currently stands at 8%. To Dain, this statue also represents a visual representation of ‘amazing’ women leaders.

“Women have so much to offer and I think that sometimes in the past society has said ‘either you’re going to work or you’re going to stay home and be a mom,’” Dain said. “I want all girls to know that your sex should not get in the way of having big dreams and doing exactly what you want to do.”

One of Dain’s goals as superintendent is to ensure that all Piper graduates, regardless of gender, can leave with the skills and passions to pursue their ambitions.

“Since I am also the mother of a boy I want him to appreciate and know that genders are equal and that he understands women that haven’t had some of the opportunities he might,” Dain said. “There are young girls out there who I may not know their name, and they do not know mine, but I can have a part in paving the way for them to do whatever they want, just like a lot of women who paved the way for me to be here today.”